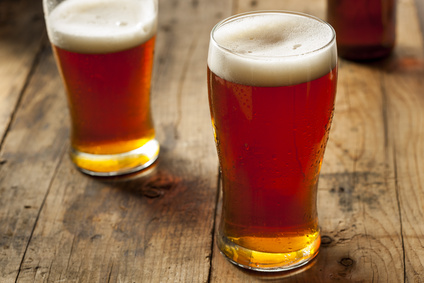 So says a study published ahead of print on the website of the journal Nutrition, Metabolism & Cardiovascular Diseases.

With all the caution surrounding alcohol intake at the moment and especially after the somewhat harsh recommendations from the UK’s chief medical officer it is nice to see a study that suggests a low level of alcohol intake, such as a beer or two or a glass a wine a day could be good for you.

So what exactly are they saying? They claim that a large evidence based review shows that a low to moderate intake of alcohol (approx. one for the girls, two for the guys) reduces the risk of cardiovascular disease compared to binge drinkers and abstainers.

They say that the “Evidence consistently suggests a J-shaped relationship between alcohol consumption (including beer) and all-cause mortality, with lower risk for moderate alcohol consumers than for abstainers or heavy drinkers.”

So far so good, but before you reach for that second beer or glass or wine with a feeling of impunity there was a note of caution in the article written for the UK newspaper The Independent. Dr Annie Britton from the University College London says that the abstainers group can contain people with health problems and ex-drinkers, so the health benefits of low alcohol intake could be over estimated.

Oh well, maybe just one today then. Anyone know how big a glass can be for beer?

Click here to read more from the Independent newspaper.