Probiotic beer, have you had yours? 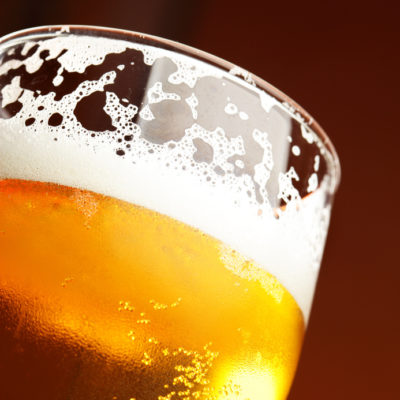 Well, a group of Italian scientists have tested just that. They were thinking about the recent explosion in popularity of craft beer and realised something else about craft beer, a lot of it is bottle conditioned, meaning it is not filtered, it has live yeast in the bottle (a lot of English and Belgium beers also come to my mind but that is another story). So why not take a strain of yeast known to be probiotic and look at the effect of mixing this yeast in with normal brewer’s yeast to make a beer?

Saccharomyces boulardii is just that, a yeast strain already used as a probiotic. It is sometimes given to people with the intent to introduce beneficial bacteria into the gut after antibiotic use. The scientists took this strain and mixed it with selected S. cerevisiae strains (the normal beer yeast) during fermentation. The resulting beers had no negative flavours, an increase in antioxidants and, in fact, the probiotic strain was found to be the dominant strain at the end of the process.

As someone who has on occasion poured too much of the sediment from the bottle into their glass, I am not sure this will catch on in a big way, but the idea is a nice one. Let’s just not mention sour beers…